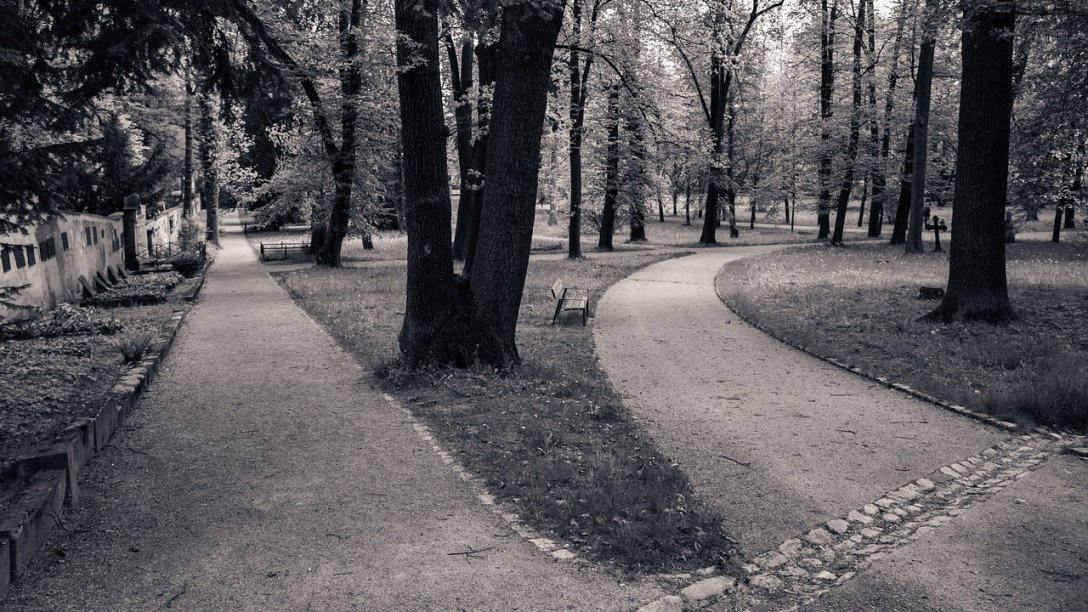 One common aspect of the Bible is its contrasts. Both the Old and New Testaments are filled with them. In the Gospel of Matthew Jesus teaches us of a wide gate and a narrow gate (Matt. 7:13-14). Near the end of the book He explains the outcome of the sheep on His right, and the goats on His left (Matt. 25:31-33). In one of Paul’s letters he describes some people as being of the day while others are of the night (1 Thes. 5:4-8).

All of these speak of only two positions. None of the above passages speak of a third place to be, such as being a child of the dawn, so to speak. In all actuality, I am not aware of any passages that mention a third option.

A well-known text that presents a similar division is the first Psalm. It describes the contrast between the righteous and the wicked. The former prospers, while the latter fall in the face of judgment.

I think it will be beneficial for us to explore these two different types of people so we are encouraged to go in the way of righteousness. The first three verses of the Psalm read, “Blessed is the man who doesn’t walk in the counsel of the wicked, nor stand on the path of sinners, nor sit in the seat of scoffers; 2 but his delight is in Yahweh’s law. On his law he meditates day and night. 3 He will be like a tree planted by the streams of water, that produces its fruit in its season, whose leaf also does not wither. Whatever he does shall prosper” (Psa. 1:1-3).

At the beginning we are told what a man does not do. He does not walk, stand, or sit with the ungodly. As the verse progresses, notice how the movement changes. It goes from walking, to standing, and finally to sitting. When one is sitting in the seat of scoffers, he or she is in a less mobile position. Such a person cannot run away from these negative people easily. One would have to get up from his or her seat first. The scoffers could then pull him or her back down so the person trying to be righteous wouldn’t be able to leave their company.

Although the verse is probably speaking of three separate situations, keeping oneself from the latter is definitely advisable. It is easier to get away from wicked individuals when you can run from them!

In at least two of these examples the blessed man is warned against matters of the tongue. Scoffers speak negatively with their mouths, and we do not need to sit in their presence. Nor should we walk in the council of the wicked. There are no good reasons to heed the advice of ungodly people. Instead, it is better to consider the will of God and to travel in His way. This will keep us from the path of sinners.

The second verse of our text refers to actions that help the righteous walk in the way of God.

In the first part, the author has an appreciation for God’s Law. He enjoys doing His will to the point of his emotions being positively impacted by such obedience.

Do we have an appreciation for God’s Word in our own lives? Do we read it, and seek to do it, to the point of thanking the Lord for such instruction? Are our emotions engaged as we do His will?

Hopefully the answer to all of these questions is “Yes!”

The second half of the man’s statement explains one reason why he delighted in the Law. He thought about it all the time. He likely reflected on what he read, and was taught, on a regular basis. As he did so, he could see the blessings of obedience and also all the hardships he avoided.

Although we are not under the same Law today, God still expects faithfulness from us. Instead of thinking on the Mosaic Law, we can reflect on the commands of Christ and His apostles (Gal. 6:1-2; John 13:34). Beyond that, we may also remember the great miracles of Jesus, sermons from the book of Acts, remarkable truths of the Gospel, and core tenants of the Faith as we go throughout our daily lives. All such moments of reflection are valuable to us.

The author of the psalm closes the first half with an image of prospering. He shares an analogy of a tree planted by streams of water. It produces fruit in its season and its leaves do not wither.

This presents a mental picture of produce, growth, health, and vitality. Such is the outcome of a godly man or woman who is not ensnared with the wicked, and dwells on the Word of God often.

How does the above statement describe you?

Reflect on verses 1 and 2. What are some of the things you can do to be more like the person described?

The Way of the Wicked

The second half of the psalm not only continues with a second image from nature, but also turns the first part of the text on its head. Verses 1-3 describes a fruitful tree planted by water, a godly perspective of the Law, and avoidance of sinful influences. The second half of the psalm tells us, “The wicked are not so, but are like the chaff which the wind drives away. 5 Therefore the wicked shall not stand in the judgment, nor sinners in the congregation of the righteous. 6 For Yahweh knows the way of the righteous, but the way of the wicked shall perish” (Psa. 1:4-6).

The wicked are not fruitful. They do not flourish, grow, or develop in a healthy way. Instead of bearing fruit, they are like chaff which the wind drives away. While the tree has a strong root system that allows it to soak up nutrients and remain where it is located, chaff just gets driven away.

This concept of falling is brought out in the next verse. The blessed man of verse 1 did not stand on the path of sinners. Here, the wicked do not stand in the judgment. They are found guilty, and worthy of punishment for their deeds. They cannot stand in the face of judgment. This connects well with the analogy of the chaff. It gets driven away by the wind. The wicked are tossed away from society when they face judgment.

The verse goes on to describe sinners in the congregation of the righteous. Like this psalm as a whole, this verse demonstrates the notion of there only being two possible outcomes. In this case, a congregation of the righteous is contrasted with sinners. Now, I have already shared that we are all sinners in a sense. We have all sinned and come short of the glory of God (Rom. 3:23). In the context of this psalm, there is a difference between a person seeking righteousness and sinners whose end is to perish.

When a body of people are united in following God’s Word, and are not swayed by deceptive lies, then they are far less likely to fall into error. Sinners who try to mislead them will fail, and the congregation of the righteous will continue in the way of God.

The way of the godly is known by Yahweh. He directs their steps, for they meditate on His Word and rely on Him. The way of the wicked perish. It does not bring life, peace, or godly fruit to the wicked, or those who hear such ones.

Black and White Photo of Two Ways by flotty from Pixabay.

I am simply a Christian. I seek to study God's Word and to share what I learn with others. By the grace of God, I do so on my website and on Twitter. I hope that you benefit from what I teach. If you have any questions, please feel free to send me a message. Thank you! View all posts by James Hutton